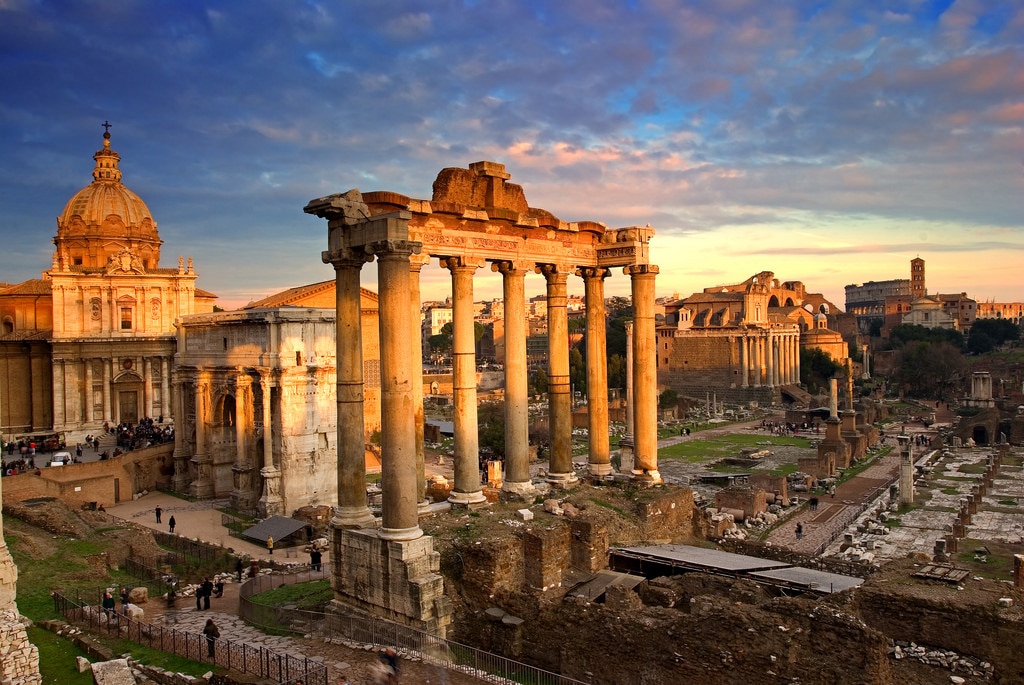 Rome stands as one of the finest and oldest cities in the world. The history of Rome spans over 2500 years and it has been a centre of power, politics, culture and development since its inception. Creation of the city is steeped in legend and mythology and there are various different accounts of how this majestic place was built. Various Roman emperors and Casers have ruled mighty Rome and this is the place where the colossal Roman Empire grew from.

As time progressed, various monuments, palaces and religious buildings have been constructed in the city and these now stand as beautiful tourist attractions and a reminder of the cities glorious past. Rome is consistently ranked as one of the top tourist destinations in Europe and with sights such as the Colosseum and the Vatican, it is easy to see why. 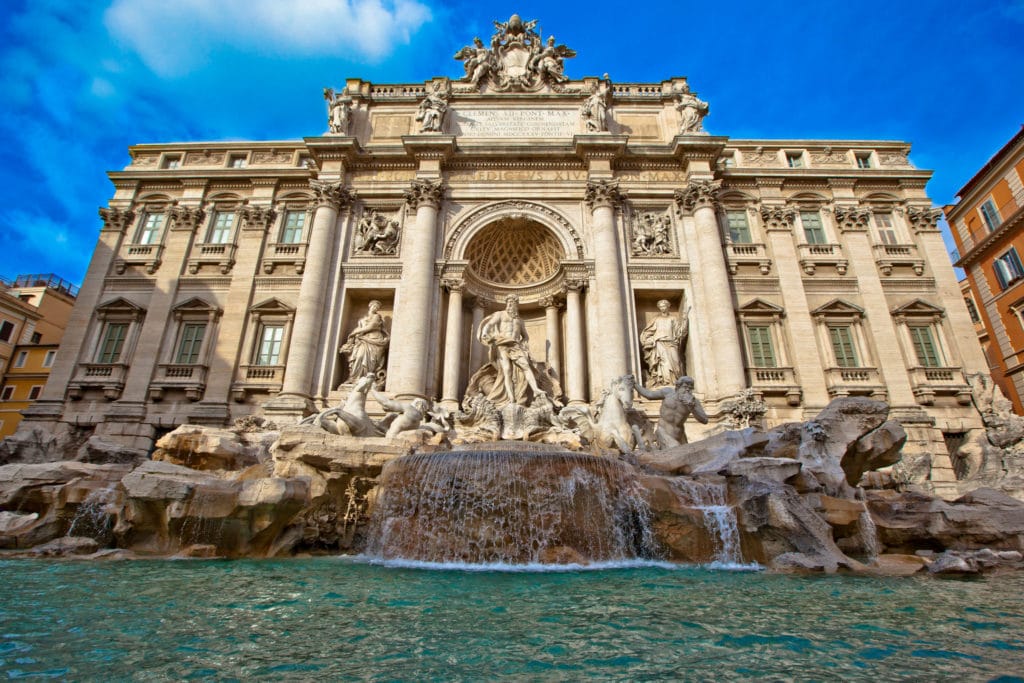 There are not many other fountains in the world as lavishly decorated and sculptured as the Trevi fountain.

Constructed in 1762 by Nicola Salvi, the fountain pays tribute to the Roman God Oceanus who can be seen riding his chariot pulled by Tritons and taming several Hippocamps.

The detail of the sculptures is simply wonderful and the whole facade and fountain are a true work of art.

It has become a tradition to throw coins into the water over your shoulder for good luck although trying to do so next to hundreds of other tourists might prove difficult! Located in close proximity to the Pantheon and Quirinale palace, this fountain should not be passed up on when walking through the streets of Rome. 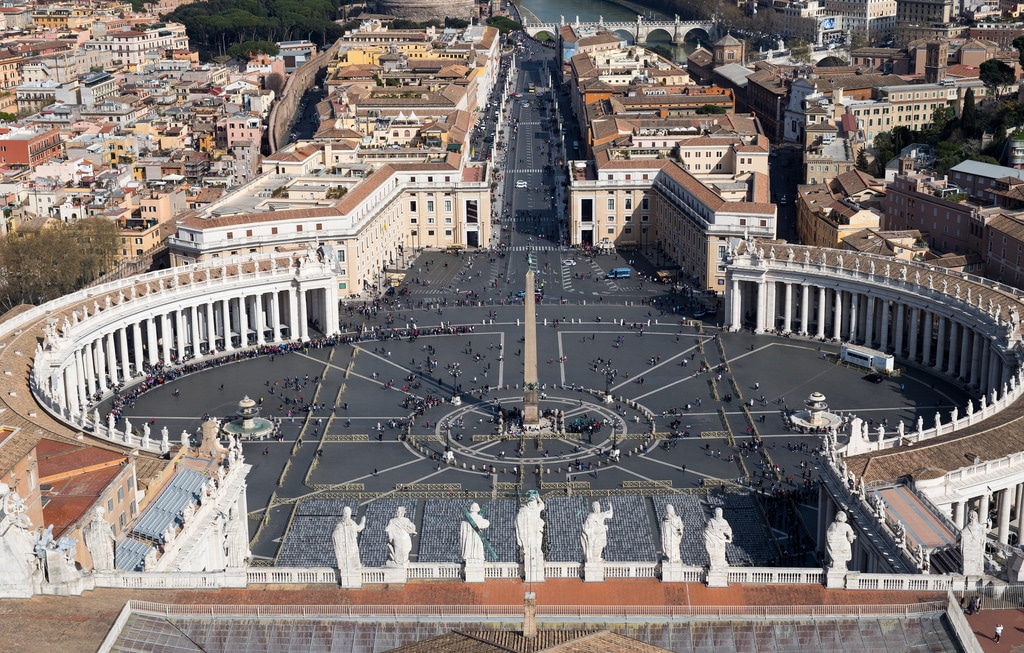 Rome holds a small country within a country – The Vatican.

This independent state is one of the most important religious sites in the world and St. Peter’s Square is an iconic place where many significant events have taken place.

Located at the front of the Vatican state, the square is actually circular and is framed by two huge sets of colonnades – Standing on these columns are beautiful statues of various religious figures and previous popes.

In the centre is a imposing obelisk which was actually taken from Nero’s Circus and looks Egyptian rather than Roman.

At the far end of the square stands the iconic St Peter’s Basilica and in front of this a set of chairs are usually set out for papal ceremonies.

Take in the enormity of the square, see the crowds of people hoping to catch a glimpse of the Pope and use this as a starting point to explore the Vatican. 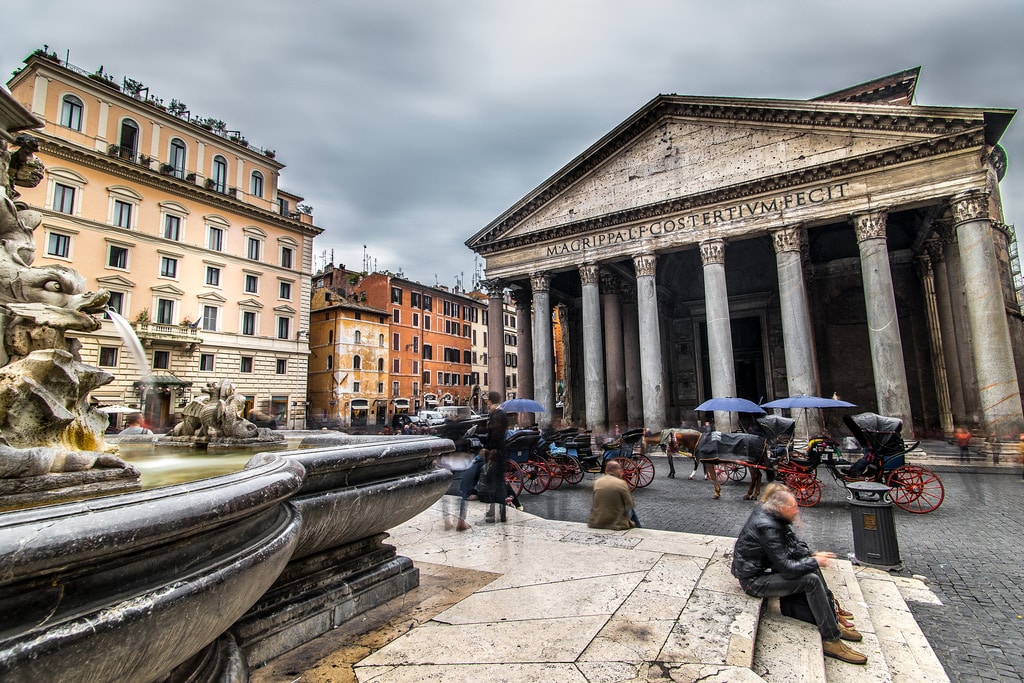 The mighty Pantheon stands as one of the best preserved ancient Roman buildings in the world and is one of Rome’s most famous attractions.

Constructed in 118 AD by emperor Hadrian, the building that stands today was actually built on the site where an earlier temple stood that was commissioned by Agrippa.

At the front of the building stands a rectangular porch lined with huge columns and a dedication to Agrippa on the triangular pediment.

The interior features a magnificent dome that has a series of stone patterns and a central coffer that allows light to spill through.

Located in the centre of Rome on the Piazza della Rotonda, the Pantheon should be a true highlight and is another must visit. 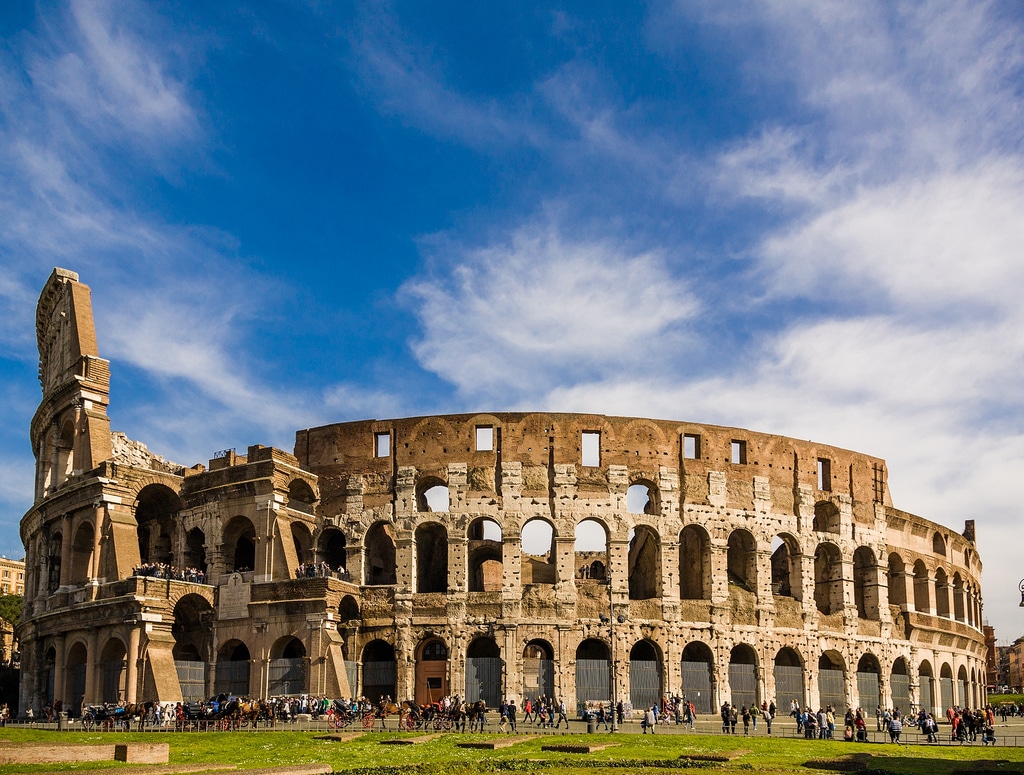 This mighty structure is one of the most renowned and iconic landmarks in the world and a trip to Rome would not be complete without visiting the Colosseum.

Also known as the Flavian Amphitheatre, the Colosseum was constructed between 70-80 AD and at its peak was estimated to hold 80,000 spectators.

This building was used to hold game, gladiator tournaments and other forms of entertainment and would regularly be attended by the Roman Emperors.

Located to the south west of the main terminus train station, the Colosseum is easily accessible and has a metro station in close proximity.

Marvel at this famous structure from all angles, and ensure that you brave the queues and step inside to truly appreciate the enormity of this ancient place of celebration.